This is for those of us still licking our wounds in the fallout from the General Election; at the fact that Labour was seen to have lost because it was too Left wing (I know, don’t you love the media and those that lapdog them); and trying not to think too badly of those who ‘silently’ not only voted Conservative, but twisted the knife with an large overall majority.

Succour has been hard to come by. I migrated to Al Jazeera as I do when domestic news is too, well, domestic, and I felt guilty when perspective was given to me with migrant deaths in the Mediterranean Sea and Indian Ocean, and the continued war in Iraq and Syria, and the Yemen, and the secondary earthquake in Nepal.

But though certain things are relative, there has still been a need to seek solace from friends and networks. I tried to believe in the more nihilistic anarchistic view that it wouldn’t have mattered who got in, but that just made me angrier. Then there were blog posts from the poets Jo Bell, Clare Pollard, and Josephine Corcoran, who bound their anger and hurt in a constructive and humanist approach. And inevitably there have emerged poems in response, from the Stare’s Nest, Well Versed, and the new blog, New Boots and Plantocracies, which I highly recommend. 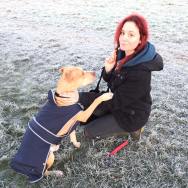 I have taken my own time to think about how to respond on the site, and I have to admit a defeatist lethargy was still getting the better of me, until I received an email from Fran Lock this morning. I met Fran after the launch of the latest issue of the Poetry Review, where she read some fantastic poems. I gave her my card (yes, got cards now for PP – getting almost corporate), and she contacted me offering some poems she has written in response to the election (poets really are the people that keep on giving). I could have chosen them all but I’m not greedy.

They made me angry, but this time in a positive way because of the language; they articulate my frustrations with Labour, my contained anger at the invisible voters, my uncontained anger at the media (I keep trying to believe we have a free press, but can only see it as free to keep feeding us its elitist bullshit). I decided on two poems, “Decline and Fall”, and “On Guillotines” because she captures all of the actors involved in the democratic farce and even manages to fit in some humour, “Ed’s head like a Pez dispenser, shot/from the neck up and wearing puzzlement/like loss of blood. Cameron, of course,/pinkly inevitable. He pokes through his suit/like a big toe.”

Keep believing people, and let’s get down to that London on June 20th!

Oh, and here is a video of Fran’s Last Exit to Luton, which came 3rd in the National Poetry Competition.

Fran Lock is a dog whisperer, cardigan wearer, and author of two poetry collections, ‘Flatrock’ (Little Episodes, 2011) and ‘The Mystic and the Pig Thief’ (Salt, 2014). Her work as appeared in various places, most recently Ambit, The Morning Star, Poetry London, and Poetry Review. She is the winner of the 2014 Ambit Poetry Competition, and her poem ‘Last Exit to Luton’ came third in the 2014 National Poetry Competition.

One week later, I stood on the wrong
side of the yellow line, and there was
a second statistical self, standing behind
me, warming her hands on my back
and waiting to shove- shove, shove, shove
till my numbers crunched.

Don’t get me wrong, but this was a flesh-
eating grief that chewed the skin off your skull.
Mornings spent in agoraphobic badinage
on social media didn’t help, but I found out
who was a liquid shit in which particular way.
It’s better to know.

Ed’s head like a Pez dispenser, shot
from the neck up and wearing puzzlement
like loss of blood. Cameron, of course,
pinkly inevitable. He pokes through his suit
like a big toe. There were others, blameable,
label-faces, the bigots and the fringe.

The papers point them out
like kids pointing at dogs fucking
on a playing field. The papers,
their quandaries and percentages.

There are times I cannot be inside;
times when a crowded room is death
by drowning, when I’m clutching the edge
of my chair like a ducking stool, wishing
the world would stop.

One week on, I can’t put it together,
the terror, the hemicranial ache. Rain
on the roof like the tremulous bullshit
of exes, the slow self-pitying drip that says

Monday is wrongness with knobs on. I cling
to the dog like I’m lashed to a mast. My friend
asks what I’m afraid of. What am I afraid of?
The woman next door, her Mersey perm; men
in general, ridicule and malnutrition. All of it,
really. Everything. I’m afraid of being arrested,
detained without charge, of blowing my phone
call. Afraid of my friends, the North, the revels
we pretend to. Afraid of trying too hard. Afraid,
just afraid. Monday. The sun goes up and down
like a bus on its tired hydraulics. I go up
and down, though mainly down. Afternoons, I
throw my solitude at the wall in strings, it sticks
like cooked spaghetti. Turn on the TV, absorb
its distortion. On RT there’s a child, his chest
is slowly filling up with air. He inflates himself
like a blood pressure cuff; he’s brown and bones
as a peat bog mummy. Make another cup of tea.
Someone somewhere is having it worse. Don’t
cry for me, Ballymena! Everyone laugh at the funny
joke. But I am still afraid. We’re all afraid, our fear
tickles the strip-lights, spreads like a cough in a cinema.
Monday. I hoovered the rug in front of the shrine
for the first time in months. I could lose the plot
and spiral to Christ, his all-consuming love, his totally
tedious chivalry. He wants my soul in the same
way the farmer wants a dog. His ee-i-ad-i-oh banging
a gong in my gourd. I could lose the plot. But mine
is a sapling madness, bends but does not break.
My faith keeps luck on a key chain; counts out
the magpies on fingers. Monday. I’m stuck on fear
like a ballgown in the branches. The mind stalls at it,
a zip stiff half way to fastened. What am I afraid of?
Serenity; the mouths in which the butter melts. A strap
to my back; the ease of kneeling. Peers, their padlocked
lack of a clue; their big ideas: they’ll be coming for me
now. After that they’ll be coming for you.