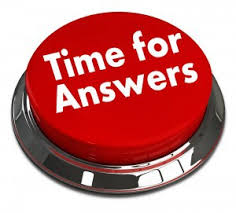 So, here are the answers (poem below). Hope you did well.

If We Were Real by Peter Raynard

1. Jo’s mum Helen is a slag,
doesn’t stop her having a go
at Jo getting pregnant by a black man
and staying in a hole
with that pansified little creep though.

2. Colin’s mum is no better,
she’s just after his dead dad’s
insurance money, but Colin’s
a little toe rag running for his life,

who’ll let the whole fucking lot
of them down. 3. Arthur’s a proper
hard bastard, working his seed
into as many women as he can.

4. And guess what, Victor’s only gone
and got his missus up the ready rough,
so has to live with the mother-in-law,
and she’s had a leading role

in working men’s jokes for years.
5. Tommy’s off up the match, an away game
kick-the-shit out of any proper casual
who’ll have it. 6. Ray beats up his missus
when he gets home, stamps on her throat

like some rat he found in the bog. 7. Lol’s Dad
commits the horrors with her sister
and her mate any place he can, then tries
it on with her until Combo ends the cunt.

8. Young Timmy knows how to enjoy himself,
he cleans double breasted windows,
or checks under the sink for some
scantily clad plumbing, before delivering

a whipped cream double entendre
to bored housewives. 9. Rita likes a bit
of that an’ all, off shagging Bob,
with her mate Sue, 10. but her namesake

tries her hand at books instead of dotting
her luck on the bingo of a Saturday night.
11. Shirley’s fucked off to Greece, can’t stand
talking to the wall no more, cooking

egg ‘n chips for her husband,
who believes that’s a woman’s place.
12. Billy’s dad knows what a man should be,
and it’s not a fucking dancer.

13. Rent’s smacked off his boat, so goes swimming
for a pearl in the filth of the bog,
whilst 14. Dushane’s a boy at the top
of his game, on the estates round his way.

15. Like Frank’s kids, who surround him
like a wreath, this all may be true.
16. And Big Chris is right when he says,
‘It’s been emotional.’

But is that really all we are?
Do we not go by any other names?