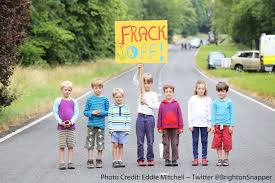 The 1984 miners’ strike here in the UK, had a huge social and political impact, and was indicative of a wider global shift towards the protection of big business to the detriment of working class people. I knew therefore a number of poems would cover this important moment in history as well as that of mining more generally. However, I have been surprised at the different angles poets have taken.

There was Paul Summer’s satirical North, “we are more than sharply contrasting photographs/of massive ships and staithes for coal, more than/crackling films where grimy faced workers are/dwarfed by shadows or omitted by chimneys.” Jo Bell’s Mute of brass bands: “A ringing out, a clocking on, a moan/of disappointment sure as klezmer;/pit music, factory music, punching out precisely,” and Jane Burns Gala Day, Durham Miners, with “ The Dearne Valley villages – always the backdrop/of pit-heads, men in donkey jackets, orange panels bright among/allotment leeks.” Both looked at the social side of the miners’ lives and their communities. In Seams, Kay Buckley juxtaposed dress making with mining, “those seams that/he picketed and you sewed,” and Paul Batchelor in To a Halver, took a more symbolic angle, “O half brick: your battened-down/century of faithful service in a pit village terrace/forgotten now you’ve broken loose.” Finally, Richard Skinner’s Dark Nook took us further back in time to the working conditions of the lead mines of the Isle of Man, “It takes two hours to descend the ladders,/our tallow candles round our necks/like white asparagus.”

The harshness and anger this gives you when reading these poems, like the mine, lies under the surface. But in Des Mannay’s “And the Dead Shall Rise,” there is no such holding back, when talking about such disasters as Gresford, “And what price did you pay for the silence?/The ultimate price: 266 men sent to the grave… the damps, the gases, suffocated you/You were betrayed – murdered – by your bosses.” These men are no longer able to rest in peace as there is a new threat, with a new search for energy in the ground in which they lie. “They want to desecrate your graves boys/They want to rip the poison gas from your lungs for profit.” This is Fracking and is now being rolled out across a number of countries, especially in the United States where they hope it will reduce their dependence on foreign oil. END_OF_DOCUMENT_TOKEN_TO_BE_REPLACED

Today’s post is not about class. It is given over to World Suicide Prevention Day.

Three days before his GCSE exams, a boy in my sons’ school committed suicide. It was ‘out of the blue’, as was that of the well-known human rights barrister Michael Mansfield’s daughter. It is something we are all close to; one it twenty think about suicide, in the UK thirteen men a day kill themselves. WHO figures estimate that around 800,000 people commit suicide each day across the world. It is an epidemic we should not ignore.

The poet Abegail Morley has been posting poems in the run-up to the day by a number of poets, including today’s featured poet Melissa Lee-Houghton (you can read here). Melissa sent me a number of poems for Proletarian Poetry, which I was privileged to read, and will be included in her forthcoming collection. They are amazing, shocking, and moving poems. But I have to admit finding it difficult to write the feature according to the PP premise; to take the class angle I felt it took away some of the power of the poems.

As with many people, suicide has been an issue I have been touched by and written about in the past and felt important to highlight here with two of Melissa’s poems; Accident, and Hangings. After reading them, please take time to check out the WSPD site. Thank you.

Melissa Lee-Houghton is a Next Generation Poet 2014. Her second collection, ‘Beautiful Girls’ is published by Penned in the Margins and was a Poetry Book Society Recommendation. Her work has appeared in the Guardian Review, The Quietus, Prac Crit and many others. A third collection, ‘Sunshine’ is forthcoming in September 2016. END_OF_DOCUMENT_TOKEN_TO_BE_REPLACED

In 1984 I was twenty-two and having a nervous breakdown. I had taken an English A Level (which I failed) and I remember the question of whether Hamlet was mad or not really fucking me up. Turns out the madness rubbed off

on me for a time. Hospitalised with short-term psychosis (thankfully) the faces in newspapers would be staring at me; there were men in the corner watching me; the doctors seemed extra-terrestrial. One day, when supposedly in recovery, I sat in the TV room trying to catch some kind of normality but happened upon the news and the heightened social realism of men standing in a dusty field being charged at by the riot police. I started hyper-ventilating, feeling like I was going to pass out, then the belief that something worse was about to happen. The fighting continued but no-one would turn the TV off. Finally, a nurse entered the room (which was in fact empty), made the fighting go away and helped me back to bed. The miners’ strike, in this instance the Battle of Orgreave, had induced a panic attack.

Such battles are what remain of the history of the miners’ strike, and in the case of Orgreave, justice has still not been done. However, the lives of people affected by the strike, not just the miners, has taken some time to be told.

Jane Burn’s beautifully detailed poem, Gala Day, Durham Miners, depicts a day in the near past. “At eight-fifteen, the band stands up in regimented lines. /July, before the schools break – the morning lull broken /by the stray parp of tuning notes, loud and sudden /through nets ghosting open windows.” This is a day of excitement, of defiance; a day of celebration even for the community, to let bygones be bygones. “Dorothy – bitched about me once, with them at thirty-one,/but if I cannot forgive her that, what use as a person am I?/Her Arthur, taken by cancer in less than a year.” END_OF_DOCUMENT_TOKEN_TO_BE_REPLACED