Today we have a special treat, as Lisa Kelly has kindly given us a crown of sonnets ‘Corona/Cuts’ (after John Donne). Here she writes about the sequence and the persistent problem of knife crime. It comes from Lisa’s collection A Map Towards Fluency (published by Carcanet). It is a wonderful book about a life lived, as well as a great lesson in variety of form and tone. I highly recommend it. You can buy a copy here. 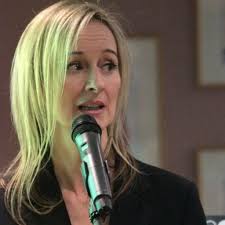 “Think back to 2017, another time, another crisis. The London Bridge terrorist vehicle-ramming and stabbing, alongside daily updates about knife crime and teenage boys – young victims of the virus of violence. Visiting any public building in London, I was frequently searched, opening up my bag to scrutiny, feeling somehow momentarily guilty of something, somehow accused.

A small insight into how it must feel to be routinely, stopped and searched. Anxiety, anger at the government’s absence of strategy for tackling knife crime, failure to acknowledge that poverty and lack of opportunity fuels gang recruitment, all of this and the fact I have a teenage son, was behind the need to write ‘Corona/Cuts’. 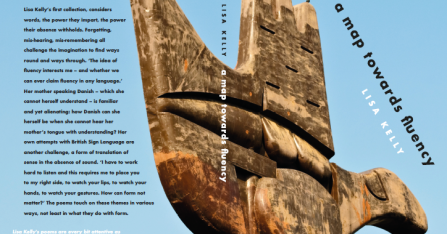 Like many poets, I write to try and make sense of what cannot be made sense of by logic or argument alone. Aside from the unintended foreshadowing in the poem’s title of the current unfolding horror story, there are connections of powerlessness. Holding a pen in your hand, or having computer keys do their bidding under your fingers, is an outlet for some processing of inadequacy in the face of something you would like to solve but basically can’t. Form is one way of marshalling what you want to say, to help shape chaos into a creative act.

I chose to write a crown of sonnets because it gave me the scope and permission to pursue different but interlinked emotions and experiences as well as reportage on a societal level – the way the last line of each sonnet kickstarts the subsequent sonnet creates an uninterrupted energy, while allowing for sharp changes of direction.

The stamp of John Donne is evident throughout, with lines taken from various poems. His metaphysical poetry, with discoveries from life and science, married to violence and passion in a bid to explore difficulties in his relationship with a lover or God, has an intensity that shaped some of the thinking. No doubt, there is a collage effect, but just as there is no single answer to any one crisis, the poem tries to reflect the fact the sequence is not a political response, but a personal response subject to shifting moods that inevitably raises political questions.

Some of the sonnets are more indirect explorations of moods – others have a more sustained and obvious focus. Knife Angel pays tribute to the sculpture created by Alfie Bradley with knives donated by police forces around the country at the British Ironworks Centre at Oswestry, Shropshire. The sonnet with reasons for carrying a knife is from interviews in various articles researched on the BBC and Guardian sites. The listing of the parts of the knife and the abecedarian in the final sonnet was a way of trying to control my response to the idea of the knife, a kind of play between signifier and signified. When you say knife, we all have our own picture conjured, but all the names for it in other languages as well as the slang reveals a collective tragic mythology.”

Lisa Kelly’s first collection, A Map Towards Fluency, was published by Carcanet in 2019. Her poems have appeared in Stairs and Whispers: D/deaf and Disabled Poets Write Back (Nine Arches Press). Her pamphlets are Philip Levine’s Good Ear (Stonewood Press) and Bloodhound (Hearing Eye). She has single-sided deafness and is also half Danish. She co-edited the Deaf Issue of Magma Poetry which was awarded Arts Council England funding; and the Conversation Issue. She is Chair of Magma Poetry,

They search my bag like an abandoned flat,
raking for answers to unformed questions,
fumbling with tissues and bits of old tat,
unable to grasp haptic impressions.
What do I know of my son’s compass point?
Why did this prick try to hide in the seams?
Have they not heard we all have a fixed foot,
how the other hearkens after, and leans?
My circle is just. My son is secure.
Absence expansion in a foreign land.
Sharp reminders and tokens underscore
each search a charade, til steel is in hand.
Let us close this bag and let me go through.
This flat is unoccupied, the rent due.

This flat is unoccupied, the rent due.
We salvage the mattress from Spain’s dark street.
Erect steel bars for a four-poster view,
lie on the bloodstain covered by a sheet.
From here, we hear the bells of Aranjuez,
sad chimes from Rodrigo’s Concierto.
Since thou and I sigh one another’s breath,
engrave, Antes muerto que mudado.
Our sons will not dare into Walthamstow,
Battersea, Harlesden, Oakwood, Marylebone.
They will not venture into Enfield, Bow,
Wandsworth, Peckham Rye, Uxbridge, Mile End, home.
Let us close this flat. Rodrigo is owed.
Sooner dead than changed, but seeds must be sowed.

Sooner dead than changed, but seeds must be sowed.
Who can stop him winding down the wrong path?
At the round earth’s imagin’d corners blow
nose, wipe streaming eyes, repair your torn half.
He strayed outside his postcode, and was lost.
The subway where he might play his last scene.
No time even to be idle. The cost
of the cut through, alley, underpass, green.
All whom war, death, age, agues, tyrannies,
despair, law, chance, being in the wrong ends hath slain,
to your scatter’d bodies go. Authorities,
politicians search solutions in vain;
can’t contain measure. The globes four corners
a dream. Sons walk the next street, foreigners.

A dream, sons walk the next street, foreigners
share conversation, customs, cares, break bread,
An Europe, Afric, and an Asia blurs
into one round ball. Dream that no-one bled.
Dream the difference between butterfly
and butter as descriptions for a knife.
Dream the stand-off, after-math pass you by,
dream you applied pressure to save a life.
His dream of diverse shores is a nightmare,
our sons reject the Seven Sleepers’ den.
One little room is not an everywhere,
a dream of safety, his wool-lined pen.
Not thy sheep, thine image, servant. Thy son.
Wake, and batter your heart, What have I done?

Wake, and batter your heart, What have I done?
He stole a knife from the cutlery drawer.
What reason? In their own words, here are some:
To protect myself against my father.
My dad was stabbed to death when I was three.
I will stab them first. It’s for protection.
They would have beaten the shit out of me.
It is a tool for intimidation.
It does not matter how tough the laws are.
The risk that someone will pull one on you.
I would, if anyone took things too far.
People are always tooled up; it’s not new.
Thank God. Chopped, had I not had it with me.
Angels affect us oft, and worshipp’d be.

Angels affect us oft, and wordshipp’d be.
Knife Angel is hoisted by cranes to sky.
Society looks up and strains to see.
Here is a glint that is not in the eye,
not in a voice, not in a shapeless flame –
one hundred thousand confiscated blades,
messages engraved on wings, victims’ names.
This monument, an iron-monger’s trade.
As yet but knock, breathe, shine, and seek to mend.
Your force to break, blow, burn, and make me new.
Mettle tested so we can comprehend
weight of wasted lives, hope forged anew.
Stamp your mark. Stamp out this epidemic.
Each loss named, a wound. Each cut, systemic.

(You can buy a copy of Lisa’s book here. Thank you)