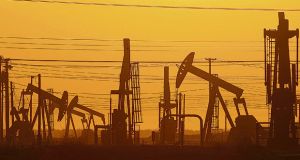 When it comes to making a decision, we all like to think that we have rational minds of our own; we are open to listening to both sides of an argument, then we put our tick or cross in the box, give our opinion in the pub, at work, or Speaker’s Corner. But the truth is, we are all a guilty of bias. However, I don’t necessarily think that’s a bad thing; for example, if Boris Johnson or Alan Sugar say something I’m pretty sure I will disagree with them; so the nihilistic part of me says, why bother listening? Most politicians with wealth (often inherited), are all eyes on maintaining their privileged lineage, thus couch their arguments in a thinly veiled rationale, which usually equates to bullshit and hypocrisy.

This applies to today’s subject, fracking. Type ‘arguments for and against fracking’ into your preferred internet search engine and you actually don’t need to read what is being said, just who is saying it, to know which side you are on. Unsurprisingly, the likes of Friends of the Earth, Greenpeace, CPRE argue strongly against fracking (causes earthquakes, polluting, won’t have huge impact on energy costs), whilst the likes of Spiked Online and those supporting oil and gas companies argue in favour (it’s not dangerous, it’s clean, will create jobs, reduce prices, etc.). Then there is Drill or Drop, which reports ‘evidence-based’ journalism about the onshore oil and gas business.

A lot of the problem with the search for new energy sources, which are sorely needed, is the governance behind their implementation. In today’s neo-liberal world, where co-operative non-profit ventures are rarely considered, big business with its anabolic influence, doesn’t need to ask for our trust, because government won’t hold them to account and are ever-seeking to offload fiscal responsibility. David Olsen’s poems, 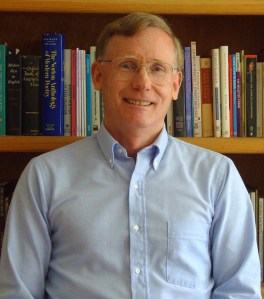 ‘Fracking, North Dakota’ and ‘Prophet and Loss, a plague foretold’, expose the effects fracking and rabid capitalism have on the lives of people directly impacted by them. From the beginning of such processes: ‘Columns of stainless steel stab the earth./ Waste gas flares from a pipe;/ orange flames corrupt the blameless sky.’ To their catastrophic end: ‘Through every field and farm will swarm/ conforming fools consuming all,// returning naught of worth.’ The case for and against a biased attitude is a straightforward one; your opinion is either biased toward ensuring you make huge profits whatever the consequence, or it is skewed toward ensuring you have a livelihood; a job, a home, enough food, access to health services, to education. Of course, if we weren’t so biased we’d use the terms objective/subjective so that everyone would really know which side we were on.

David Olsen’s Unfolding Origami (80pp, 2015) won the Cinnamon Press Poetry Collection Award, and Past Imperfect, his second full-length poetry collection, is forthcoming from Cinnamon Press. Poetry chapbooks from US publishers include Exit Wounds (2017), Sailing to Atlantis (2013), New World Elegies (2011), and Greatest Hits (2001). David’s work appears widely in the US and Europe. A poet, playwright, and fiction writer with a BA in chemistry from University of California-Berkeley and an MA in creative writing from San Francisco State University, he was formerly an energy economist, management consultant, and performing arts critic.

A young rancher leans on a fencepost,
squints at a distant horizon as if to discern
the future of his family’s land and livelihood.

Prices of open land rise with groundwater
toxicity. Soon neither man nor beast
will inhabit this home on the range.

Land, once infinite and timeless,
is now changed, changed utterly
by the eroding flood of dollars

created beyond the wounded horizon
by the reckless click of a mouse.

Prophet and Loss
a plague foretold

He hears the stirring underground.
Too long ignored, the sage intones
his grim portentous prophecy:

From drought shall arise a plague
devouring every fecund bud
and diligent leaf, leaving bare

sterile stems to grieve their loss.
Through every field and farm will swarm
conforming fools consuming all,

returning naught of worth. And their
new verities and misdeeds will be
unnumbered as indifferent stars.