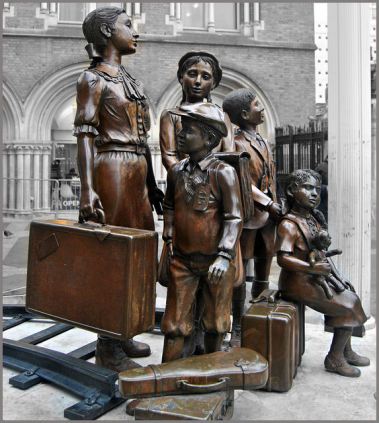 I don’t know my paternal great grandfather’s ethnicity, but the trail of his history has all the hallmarks of him being Jewish. Across the turn of the 19th to 20th centuries, he traded leather and shoes from Russia to England. Between the assassination of Tsar Alexander II in 1881, when violent anti-Semitism rose, and the first revolution of 1905, he sensed the change that would eventually shake the world and left for England.

Arriving at Southampton with my great grandmother and two young children, they settled in the East End of London, where my grandfather was born in 1900. My great grandmother died there and is buried in Bow Cemetery. My grandfather moved to Glasgow, but his father and brother stayed and eventually went back to what is now Ukraine, and although kept in touch were not heard from again after the Germans swept through in 1941. Whether he was Jewish or not will remain a mystery, but I know from my Jewish father-in-law, and of course from reading the history, that such migrations were very common. END_OF_DOCUMENT_TOKEN_TO_BE_REPLACED