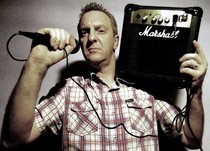 y advantages to being fifty (or thereabouts), but one of them is to have been around when Punk broke the windows of mainstream music. Tony Walsh’s (Longfella) poem The Last Gang in Town?, is more than a piece of nostalgia though with its lines from Clash songs (who’ll fight the law, who’ll rock the casbah); it is a call to arms for the bands out there today, to find their voice in political action in the same way as The Clash and many other bands did at that time. The late 1970s was in many ways a different country, as Tony’s other poem Englishman/Irishman demonstrates very well (‘I would often tell Englishman, Irishman, Scotsman jokes/to my Irish father‘). As he explains, this was ‘written about my own childhood and the experience of being half-Irish in the troubled and racist 1970s – a situation with parallels to that faced by Muslims today. Also about male working-class emotional inarticulacy in the days before Trisha!‘ END_OF_DOCUMENT_TOKEN_TO_BE_REPLACED