You may not have noticed but the days are getting longer. Shops’ opening hours seem extend to meet the needs of everyone’s body clock. Superstores are 24/6, bars open to 2am, some banks on Sunday. It seems it is only doctors’ surgeries that escape the creep of capitalist opportunity. One that strikes me, given my previous life, is when walking home late evening to see the bookmakers (betting shops) still open till 10pm; when I worked in a bookmakers in the 1980s, there was no night racing, far fewer race meetings, no slot machines, you were never open on a Sunday, and there were no PDQ machines to pay by card – you could only lose what was in your pocket. Now their shops are open 12 hours a day seven days a week – 24 hours if you count online.

I feel that more than ever, being in a bookies is all about waiting and counting; whether it’s the time of the next race, your next win, the odds, how much you’ve got to bet with, how much you can afford to lose, how much you actually lose that gives you that sickening feeling when you walk home to face your family (it is rarely the more positive alternative). The same applies to the bookmaker/owner but more so for the person working on the till. How do you fill the time and what counts? 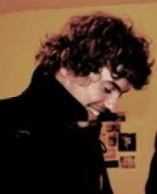 Joey Connolly passes the time writing poems when he’s working in the bookies, which is a great way to pass the time, even when you’re being interrupted; and in a series of poems from ‘How the bookmaker feels about the dogs‘ he portrays this mix of creativity and capitalist intrusion very well. ‘It’s a position I struggle to reconcile,/naturally. But it’s more interesting than an office/and it’s anyway impossible/to stand completely outside/of Capital’s relentless comprehension in this day, this age.’ It is a frustrating position and not like any other retail position, because you are dealing with people for a number of hours during a day – they don’t all just walk in, place a bet and walk out again. ‘I trudge to the bookies where I work and will find time/to write this….and will concern money…– but also/other important things; all of which/are suspended to take Joe’s throw-of-the-dice tricast,/Joe, who is/a real misogynist.’

Then later he sums up nicely, in the microcosm of the bookies, the importance of numbers in our lives, whether it’s the number of your iPhone 4,5,6, 28-100 inch Flat screen, global populations, immigration, casualties, profits and losses, wages, or your pin number. ‘Four-digit alarm-system pin/and six-digit password to turn the pdq on./Ten-digit employee number and four more for the albos log in./…Four-digit self-service betting terminal password, plus/gaming machine usernames, gaming machine passwords.’

Joey Connolly lives in London where he edits Kaffeeklatsch poetry journal. His poetry has appeared or is forthcoming in various journals including Stand, Agenda, Magma, Poetry Wales, and The Rialto. He received an Eric Gregory award in 2012.

Below are poems taken from a longer series under development:

from “How the Bookmaker Feels About the Dogs”

And as I’m drawn in by the flickering of chance
which is possibility itself,
the possibility of winning is the huge golden bathtub
of imagination in which to splash
and be cleansed, resetting your inners
to be senseful of when a horse feels right.
My triplefold of relation to this strange
game intensifies, as writer-of, worker-at and punter; oh bookmaker
bookmaker, throw me a bone. The sheer time
I’ve spent in these spaces, patterned with the bursting
of obscenity like a sharp brail
under the endless fingers of my days.

It’s a position I struggle to reconcile,
naturally. But it’s more interesting than an office
and it’s anyway impossible
to stand completely outside
of Capital’s relentless comprehension in this day,
this age. Am I right Ray, or am I right?
And I like the feeling of the stacked twenties,
I like how palmsized they are,

and the odd sleight of I promise
to pay the bearer…and how the paper
aligns its edges so
squarely, so profitably for a mind disposed
to order. How the insanely comprehensive
‘Fair Deal Rules’ that no-one reads
outline to their opposite wall the settlement
of every possibility of dispute: a blank gap
where your horse should be and your money’s
on the favourite; but the word ‘number’ or ‘trap’,
or a # or : unfollowed
by a number or dog and you’re void, bet’s off, that’s your
75p back Ray
get up sooner next time.

A blush of evening gives a rose to the air through which
I trudge to the bookies where I work and will find time
to write this, surrounded by the chat of staff and the
expensive looking watches of the regulars.

It is to be a long poem, longish for me,
at least, and will concern money – a serious
worry at the moment, everything
getting sharper, and closer – but also
other important things; all of which

are suspended to take Joe’s throw-
of-the-dice tricast, Joe, who is
a real misogynist – an utter cunt,
in fact. During the pause
I collect words to include in my poem
for authenticity’s sake. The screwed-up slips look like
distant muzzle-smoke against the dark
flooring, or
not quite, but the funny looks
I get from punters as I write
throws me from my stride.

It will go on, the poem,
to end in the stanza about me
taking out the boss’s dog, the brightly lit
and quietening shop
behind me, and pausing
to smoke on a worn-out bench – although
I don’t smoke, I don’t need
the expense – and is going on to see me

running, the dog two arm-lengths’ ahead,
and me – half-leading, three-quarters-led – coasting through
the splashes of his breath in the freezing air,
grey as tin rosettes against the nightish tarmac.

Plus then how many bets in a Yankee |Canadian |
Heinz |Superheinz | Goliath |
Flag | Patent |Round Robin | and Trixie (eleven
twenty-six fifty-seven one-twenty two-four-seven
twenty-six ten three) and I’ve never needed to know
a Superflag or Union Jack. Six-digit shop number
and four-figure short-dial. How old I am.