Here in the UK there was a radio series that explored a history of the world in a hundred objects. The objects ranged from the ancient, such as the Olduvai Handaxe made of volcanic lava that was part of a process of tool-making some 1.6 million years ago, to the relatively more modern, Victorian Mrs Beeton’s Cookbook, which had over 900 recipes and was probably one of the first cookbooks, and are so popular today (our local Waterstone’s six column shelves of cookbooks – WTF).

The poet Ted Kooser said that the mark of a good poem is one that makes you see the everyday, or the everyday object in a different way; to make his point, he references a one line poem by Joseph Hutchison, Artichoke: “O heart weighed down by so many wings.” As Kooser says, ‘Could you ever look an artichoke in the same way after reading that?’

In one of the first poems featured on Proletarian Poetry, Kei Miller did just that with corrugated iron, in his poem This Zinc Roof. “This clanging of feet and boots,/Men running from Babylon whose guns/Are drawn against the small measure/Of their lives; this galvanised sheet; this/Corrugated iron. The road to hell is fenced/On each side with zinc.” I am currently writing a poem about tyres, how, when kids, we used to roll them down the hills back home for fun, or when used as a form of execution, (‘necklacing’) in South Africa and Haiti where they are put round the neck of a victim, filled with petrol then set alight. 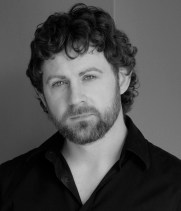 Paul Batchelor has taken an everyday object in a fantastic way with his poem “To a Halver”, which appears in his latest chapbook, The Love Darg; a halver is a half-brick, one half of an everyday object, that we are surrounded by, pass by, and sometimes take up as a weapon of protest or of gratuitous violence: “O half brick: your battened-down/century of faithful service in a pit village terrace/forgotten now you’ve broken loose; now you’re at large/on CCTV, flackering out of kilter till you bounce/like far-flung hail rebounding off the riot squad/or kissing the away support a fond goodbye.” Paul turns to the personal when one nearly kills his father following a Celtic/Rangers match, “when it was raining hammers and nails/after an Old Firm fixture – the decider: I exist/because you missed and broke his collarbone.” We are then taken by its ubiquitous history and its importance today, from the Levellers and Peterloo to Brixton and Banksy. “when Cromwell’s cavalry advance/we find you, or your country cousins, apt and

good,/versatile in the hands of the True Levellers;/now Banksy has a laugh replacing you with flowers;/and what about your bit-part in that dockyard stand-off?”

The next UK government (whether Tory or Labour, or a quagmire coalition) has committed to building up to 200,000 new homes during the lifetime of the Parliament. Taking as an average two bedroom home, this amounts to around 3 billion bricks. They are still in great demand and will be part of our history for many years to come.

Paul Batchelor was born in Northumberland. His pamphlet, To Photograph a Snow Crystal, was published by Smith/Doorstop in 2006, and his first full-length collection of poems, The Sinking Road, was published by Bloodaxe in 2008. His work has appeared in anthologies such as Identity Parade (Bloodaxe, 2010), The Penguin Book of Irish Poetry (Penguin, 2010) When Love Speaks (Vintage, 2011) and Being Human (Bloodaxe, 2011). His latest book is The Love Darg, published by Clutag Press.

At Newcastle University, Paul wrote a PhD on the poetry of Barry MacSweeney. He is a lecturer at Durham University and reviews for Times Literary Supplement and New Statesman. He is currently one of the Poetry Book Society pamphlet selectors.

To a Halver This poem is an ode to a halver, and a halver is a half-brick. It has an epigraph from John Steinbeck’s Grapes of Wrath: ‘And the little screaming fact that sounds through all history’ To a Halver O halver, O haffa, O half-brick: your battened-down century of faithful service in a pit village terrace forgotten now you’ve broken loose; now you’re at large on CCTV, flackering out of kilter till you bounce like far-flung hail rebounding off the riot squad – or kissing the away support a fond goodbye – or anyhow let fly, as fifty years ago someone aimed you at my father’s skull while he was being shepherded down Rutherglen Road when it was raining bottles, when it was raining hammers and nails after an Old Firm fixture – the decider: I exist because you missed and broke his collarbone – I weigh you now against the good you’ve done. St George’s Hill, when Cromwell’s cavalry advance we find you, or your country cousins, apt and good, versatile in the hands of the True Levellers; now Banksy has a laugh replacing you with flowers; and what about your bit-part in that dockyard stand-off? The gates swing to, the scabs clock on – as to the nitty-gritty of whose side you’re on, you stay, as they say, ahead of the curve. But you were there at Peterloo and you were there at Brixton. You were all the range at Meadowell. Your ancestors were with us in the cave before the wheel before the fire and ever since we’ve never been without you: all our grand designs can be reduced to you. You stand for stunted hope grown wild among the backyard odds and sods where the snubbed toaster and the jilted BMX jockey for position with the unacknowledged honesty. O root and seed of boxed-in lives! O token of dissent! How often have I seen you in the thick of it and raised my arm against you? On pitted tarmac; by the gutted community centres of besieged estates – borne as a gift or hurled down like a prophecy – I’ve seen you taken up and even in the playground, hidden in a snowball, you followed hard upon. You’ve come a long way from the clay-pit, worked out and abandoned; a long way from the vanished kilns of Langley and Eldon – here: let me launch you on another posthumous career, earthbound comet, stub of destiny, throwback. I have a soft spot for you, so go on: make something happen, O clod, O totem of the unaccommodated, O halver – history’s ellipsis point, sign to which we must attend – when words fail may you always be at hand.