Back in 2006, it was reported that Tony Blair received a request from the Kazahkstani President (that notable bastion, I mean bastard of human rights) to ban Sacha Baron Cohen’s film Borat, as President Nazarbayev felt it didn’t show his country in a good light. The film wasn’t banned in the UK, but was in Kazahkstan. However, by 2012 and with Blair reaping money by advising the country on its economic development, the country’s foreign minister, thanked Borat for boosting tourism. 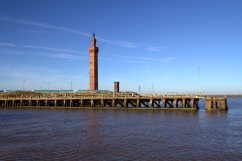 Baron Cohen is up to his old tricks again, and this time it’s personal, well classist. In his new film Grimsby, he plays Nobby Butcher an out-of-work father of eleven children, whose brother just happens to be a Bond-like secret agent (The Brothers Grimsby – get it). As you can imagine, the Grimbarians are not happy. Although meant to be a ‘comedy’ it is once again a film made by an Oxbridge-educated that demonises the working classes by playing the feckless card. He does try to redeem himself at the end by claiming, “We are scum, but it was scum who built hospitals and fight in wars.”

For our purposes today, however, Cohen has made the mistake of dissing a town. ‘Yes, we know we live in a shit-hole but it’s our shit-hole, and no outsider needs to confirm such a state of affairs,’ is how it goes. There are a number of lists, both serious and not, that rank towns and cities; most notable I guess being the annual crap towns that once had Hull (Grimsby’s Humber neighbour), next year’s European city of culture, at the number one crap spot. But it is a more complex set of contradictions that make up the place that we live. People want different things from a town, and it is not always a hate it/love it axis on which you judge the place you live. 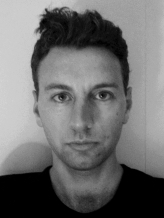 Adam Steiner’s poem “I was mad in ‘85” reflects this dilemma in the metaphor of a failing personal relationship. As Adam says, his experience was drawn from” the physical environment of Coventry over the last couple of years. It is a strange and challenging place; the combination of the encircling ring-road, old building preservation and the latest phase of reconstruction makes being here a strongly divisive experience you love to hate (like Dylan Thomas’s ‘Ugly, Lovely Town” of Swansea’ “… an ugly, lovely town … crawling, sprawling … by the side of a long and splendid curving shore. This sea-town was my world.”) At once the rising scaffolds and ring-road subways seem insurmountable barriers to change but also jilted ramparts from which to try and make a positive stand about the place and its future – I enjoy that sense of thwarted romance.”

I was iron
Usurped by steel
Breaking glass,
With minor blood,
Too many times
Before I learnt
to kneel.

Living through
Fever of summer
That never threatened to die,
Mine was the warmth, withheld;
Yours, the fire that lied.

What I thought,
Was not,
An unkempt promise
Picked apart
The best of us
As blundering leaves,
Swept hatred, easily,
Chanting back names,
For and against,
Blurring already
Indifferent sides.

By unsubtle sting
Her trustful lure
Gestured no failure
To thrive,
Carving cartwheels down
To narrowed arcs
Of desperation
Held high,
Burning back and forth
All about your lips
Our kiss, becoming his.

I was grey morning’s
First-born blindness,
Glittering with fists
Brought to bear
At blunted toll
Of clocks,
Wound-down, motionless,
Set to meet
Her frozen stare.

All along the barking
Hour of stagnant sleep,
Went men
without, means
Gauging lean-to arguments
Across nagging steep
Of grumble-down terraces
Where hours crow tall,
Sagging smiles
As collapsing arches
Ran away
into themselves;
The hoped-for end
of everything.

The better life
They left unsaid,
Singing long
With hum
of settled light.

I held it once;
That scale of sun,
It’s somnambulant rising
A false lion’s roar,
Brought so-called taming
To a wild that never was.