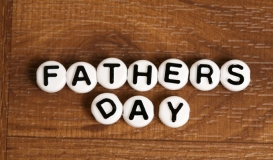 At the birth of my first son, after a somewhat traumatic first week of his life, my father said to me, in his dry wit, “You’ve a lifetime of worry ahead of you. When you’re 80 and he’s 50, you’ll still feel the same.” Now my father is in his 80s, for me the worry works both ways, to my teenage sons as well as my parents. The greatest parental experience I have had is becoming a stay-at-home/househusband/underling of my two sons some eight years ago. I was brought front stage on the gender divide of parenting; evidenced at first hand the plates mothers are juggling, as many of my new plates smashed on the floor.

The fluidity of parental roles is more dilute than it has ever been. This is most certainly a good thing, but it also leads to uncertainty as to the gender roles each partner should play, mainly because the ‘economics’ are still paramount, especially when women continue to be discriminated against.

After the Second World War (up until Thatcher), there was a general consensus across political parties as to the basic tenets of the country’s objectives for its citizens, one of which was full employment – a job for life. The first bricks were taken out of this wall during the 1980s, and those men, now well into their seventies and eigthies, were being made redundant some ten or more years before pensionable age.

My father was one of them, and so was David Cooke’s, whose father opted for retirement in his very early fifties, and is the subject of his poem, “Work”. His father was “a ‘man’s man’ my mother said, who needed/a joke to keep him going, and something to get him up in the morning besides/a late stroll to place his bets at Coral.” As a young son or daughter, the roles of your parents are defined by their actions; of what they do, and in them days it was the father who was out all day at work. So when he is made redundant, he is lost. “I’d learn that no one’s indispensable./So after he’d botched a shed, dug the pond/and built a rockery, the time was ripe/for change.” They had worked all their lives and didn’t want to lay fallow on the dole. My own father went on to do different jobs, as did David’s who “With a clapped-out van and a mate,/he started again on small extensions.”

We have reached an age where nothing is certain; whether good or bad that is the reality. But I think one good thing is that Fathers are now much closer to their children than they were able to be back then. Whether they like that fact is another matter.

So happy Father’s Day everyone of that persuasion and enjoy this great poem by David Cooke about his own father.

David Cooke was born in the UK but his family comes from the West of Ireland. He won a Gregory Award in 1977. His retrospective collection, In the Distance, was published in 2011 by Night Publishing, then Work Horses, by Ward Wood in 2012. His poems, translations and reviews have appeared widely in the UK, Ireland and beyond in journals such as Agenda, Ambit, The Bow Wow Shop, The Cortland Review, The Interpreter’s House, The Irish Press, The London Magazine, Magma, The Morning Star, New Walk,  The North, Poetry Ireland Review, Poetry Salzburg Review, The Reader, The SHOp and Stand. A Murmuration was published by Two Rivers Press in 2015 and After Hours is forthcoming by Cultured Llama Press, 2017. He is also co-editor of The High Window, a quarterly online journal of international poetry.

Any place we drove to, it seemed that Dad
could always show us the roundabouts, roads,
or paving he had once had a hand in,
back in the days he had worked much harder.

When he’d made his money and packed work in
he lost his sense of what to do with time,
moped around, got grumpy, and sent me out
to the ‘offie’ to refill his flagon.

A ‘man’s man’ my mother said, who needed
a joke to keep him going, and something
to get him up in the morning besides
a late stroll to place his bets at Coral.

Once I’d married he told me that the years
he’d grafted to feed us all were the best
ones he had known, but how before too long
I’d learn that no one’s indispensable.

So after he’d botched a shed, dug the pond
and built a rockery, the time was ripe
for change. With a clapped-out van and a mate
he started again on small extensions.

Marking out the footings or laying slabs
was all a matter of lines and levels.
You stretched a cord to breaking point and then,
to keep it true, you flicked it free of snags.