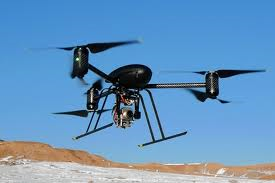 Hungry? No problem, look to the skies. Well, at the moment only if you’re a student at Virginia Tech where Google has permission to test the delivery of food to its campus by drones. The supplier is Chipotle. Burrito anyone? Yum, yum. Similarly, Amazon in the UK is working with the government to test drones to deliver small parcels within 30 minutes of purchase. It won’t be long before they’ve delivered something you only thought about buying. And there is more than one case of men literally ‘caught in the act’ by a drone camera when having paid sex. The drones are often operated by private individuals. The laws on private drone use are in their infancy, if not embryonic.

Drones are becoming ubiquitous and like much new technology have the power to do both good and bad. As President Obama comes to the end of his tenure, he may not be remembered so much for his expansion of drone use; here he follows in the footsteps of his predecessor George DoubleYou, who is better known as a warmonger. In Pakistan in particular drones have been the weapon of choice. Their accuracy is very questionable, making the US deeply unpopular amongst the general population.  Amnesty International has claimed they could amount to war crimes. 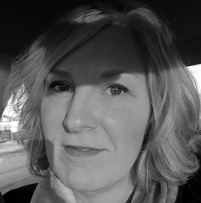 Poets have been aware of this, exposing the darker side of such developments. Josephine Corcoran wrote a sonorous poem about them, and here Jennifer L. Knox has done the same with “Drones”. She takes us beyond their use by governments: “Scientists originally built the toy to murder people/in other countries, and now rich people in this country/want to buy them.” And in typical fashion, she mixes humour with the dark side of what the response will be from people who see them imposing on their privacy and human rights. “I can’t wait to kill one: shoot it with a shotgun, shoot it/with the hose, wing it with rocks,…/Rich people will be outraged.” She gets to the heart of our deep frustration and anger at the unhindered development and use of new technologies by powerful interests.

The sky is as high and wide as it ever was, but it is becoming increasingly crowded, with commercial air traffic (including helicopters – look up in London, for example, or close your eyes and listen to them) and now drones. And so, its use by those in power becomes equally as high and wide of the mark.

The New York Times Book Review said Jennifer L. Knox‘s new book, Days of Shame and Failure, “hits, with deceptive ease, all the poetic marks a reader could want: intellectual curiosity, emotional impact, beautiful language, surprising revelation and arresting imagery.” Jennifer is the author of four books of poems. Her work has appeared four times in The Best American Poetry series as well as The New York Times, The New Yorker, and American Poetry Review. She teaches at Iowa State University and is the curator of the Iowa Bird of Mouth project.

Friends, we’re living in a golden, fleeting moment
wherein rich people are buying very expensive toys
that fly higher than airplanes. The toys can land anywhere—
on your fire escape, in your yard—and photograph you
through your curtains with a surveillance camera, record
things you’re saying with a high-powered microphone.
Scientists originally built the toy to murder people
in other countries, and now rich people in this country
want to buy them. Why? I have absolutely no idea, but
I can’t wait to kill one: shoot it with a shotgun, shoot it
with the hose, wing it with rocks, pick the wings off,
light it on fire, and stomp on it wearing steel-toed boots.
Rich people will be outraged that their toys are being
destroyed, then lobbyists will make destroying the toy
illegal, so we must move fast. The cleverest of us
already are: down in our basements, under the gun.