Power is ubiquitous and multi-layered. Just look at the range of power lists; from political figures, to those in the media, LGBT, there is even one for those working in ophthalmology. Power influences and affects everything we do, whether as individuals, families, groups, organisations, or countries. Your access to healthcare for example, can be determined by your ability to be an advocate for yourself, at a time when you are most vulnerable. At a state level, beyond laws, governments will use ‘softer’ powers to get us to change our habits (otherwise known as ‘nudge’); in the UK this can be something as innocuous as charging five pence for shopping bags or automatically enrolling people into workplace pensions. This then extends at a global level to international relations, where states hold power because of the ‘attractiveness’ of a number of indicators, such as political stability, health systems, wealth, or adherence to human rights. But it tells you something when countries such as the UK and US top the various soft power lists, as these cannot be extricated from their hard power of colonial and imperial interventions backed up by an arsenal of nuclear weapons. It even extends to pop impresarios such as Simon Cowell, although he presses a different kind of button to the nuclear version, thank goodness. 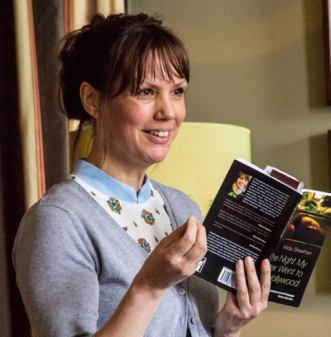 As individuals, it is quite easy for us to feel powerless and Hilda Sheehan’s poem The Speaker forcefully captures this sense through the metaphor of noise. “The Speaker//is an electric vulture//….It is/a god of dropped insects/from a carriage clock/or wasp holder/left to go on-off, on-off/riddling the town’s ears/from where it came.” This barrage of messages – part of this idea of influence, of soft power – is now at a ‘volume’ we cannot control. “Inside a speaker is Hell -/a radio of church-like/persuasion/from four walls a prison/of persecutors of/television visions/crackling away in the gutters.” It is not that easy to turn things off. But this powerless feeling of not being listened to is what brings people together; we see it with Black Lives Matter, with the Occupy movement, and the Arab Spring protests. There is both a soft and hard power that individuals can exert. One that is more than just a nudge to those in power. One that is a shout so loud it cannot be ignored.

Hilda Sheehan lives in Swindon and works at the Richard Jefferies Museum. She organises the annual Poetry Swindon Festival and her latest book is a pamphlet, Frances and Martine (Dancing Girl Press 2014)

is an electric vulture.

It comes from the wall
with a sound
like a father in a vehicle
going to town shouting. It is
a god of dropped insects
from a carriage clock
or wasp holder
left to go on-off, on-off –
riddling the town’s ears
from where it came:
a bracket, a shelf, a cornered table
to preach from lies
doing a balancing act between
two or more
vultures. Inside a speaker is Hell –
a radio of church-like
persuasion
from four walls a prison
of persecutors of
television visions
crackling away in the gutters
of uncared for
ears and boxes
that are people.

As we travel up the escalator toward
the loudest speaker
‘Fucking liars costs lives in the NHS’
is said by an earwig not in our ears it’s a myth–
we try to alter
what volume our voice is on
from an emergency button
on the down escalator
once pushed
to never say stop.