Aged sixteen, in my first (and only) year, as an apprentice at the General Electric Company, I went round the factory and sat with various workers for half a day each, to get to know what they did. One woman’s job involved, picking up a piece of component, putting it on small press, then pulling a lever to fit it. It took her less than two seconds to do one. When she had done about five, she said to me, “that’s it, love. That’s what I do.” This left ten seconds less than four hours to spend together, in which we had a good natter, and I learned a lot that had nothing to do with her job. Of course, it is only in looking back that I realised it was my first encounter in how society is diced and sliced in terms of gender and work, with the women as the army corps and the men as corporals (charge hands), sergeants (foreman), captains (manager), etc..

One of the more recent depictions of such workplace divisions and discrimination came with the film Made in Dagenham about Ford sewing machinists’ strike for equal pay. However, today’s poem about the Bow Matchwomen’s Strike, goes back nearly a hundred years before that, to the much-mythologised East London of the late 1880s and the 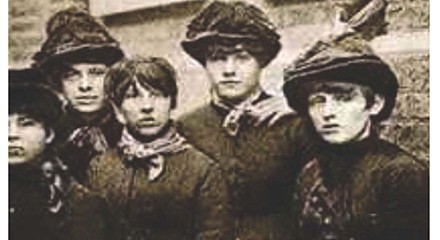 industrial febrile temperature rising across the country at that time (the poet Anna Robinson previously wrote about an aspect of this on the site, in her poems Portraits of Women, East London 1888). This coming Saturday (July 1st), there is the annual all-day Festival in celebration of the women’s strike. The historian Louise Raw, in her book “Striking A Light: the Bryant and May Matchwomen and their place in History”, provides a fascinating account of the strike that rewrites the previous more clichéd and partronising accounts that argued the women were influenced/led by ‘outside forces’. You can read a good review of the book here. 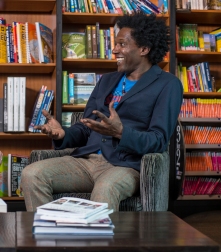 Lemn Sissay’s poem, “Spark Catchers”, is a tribute to the Matchwomen and is a physical landmark at the Olympic Park where the factory was located. The poem is also an inspiration for an upcoming musical piece composed by Hannah Kendall and performed by the UK’s first black and ethnic minority orchestra, Chineke, at the BBC Proms this

Lemn Sissay is author of a series of collections of poetry. His sculpture poem Gilt of Cain was unveiled by Bishop Desmond Tutu. He has written plays for stage and BBC radio. He describes dawn in one tweet every day. One Morning Tweet Became an award winning building MVMNT commissioned by Cathedral group designed and built by Supergroup’s  Morag Myerscough.

Tide twists on the Thames and lifts the Lea to the brim of Bow
Where shoals of sirens work by way of the waves.
At the fire factory the fortress of flames

In tidal shifts East London Lampades made
Millions of matches that lit candles for the well-to-do
And the ne’er-do-well to do alike. Strike.

They became spark catchers and on the word “strike”
a parched arched woman would dive
With hand outstretched to catch the light.

And Land like a crouching tiger with fist high
Holding the malevolent flare tight
‘til it became an ash dot in the palm. Strike.

The women applauded the magnificent grace
The skill it took, the pirouette in mid air
The precision, perfection and the peace.

Beneath stars by the bending bridge of Bow
In the silver sheen of a phosphorous moon
They practised Spark Catching.