I’m sure most of you will know Shelley’s poem, the Masque of Anarchy, written in Italy in response to the Peterloo Massacre. It was 1819 in Manchester, and a crowd of up 80,000 people had gathered to listen to the ‘radical orator’ (a term of disparagement by his opponents) Henry Hunt speak about widening the franchise and challenging the corrupt political system. Due to a massive over reaction by local yeomanry, fifteen people were killed and hundreds injured. Hunt ended up in prison for two years. A widening of the franchise has always been fought for, and against. (I personally think, we should rise up to lower the voting age to sixteen). 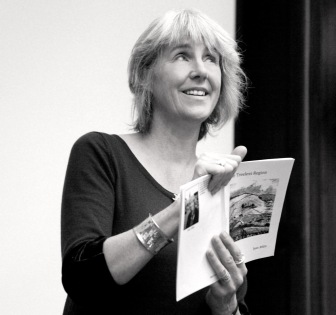 However, eighteen months later, a lesser known event – the subject of today’s poem ‘Tom Palin at Cinderloo’ by Jean Atkin – took place in Shropshire, some eighty miles south of Manchester. The miners of Dawley, quite rightly took umbrage at a proposed wage decrease by the colliery owners, who said this was due to a decline in the iron industry, ‘the rain blowing in as we gather/ sixpence a day lopped off a weekly wage/ of fifteen bob.’ An initial strike was violently put down by the yeomanry, but some months later, the miners rose again and marched on the local iron factory halting production. ‘we grip our sticks & walk to Donnington Wood/ & strip the furnace plugs at Old Park Ironworks/ & on to Lightmoor, Dawley, Horsehay/ when down come the Yeomanry & Constables’. Like Peterloo, a call for help saw Colonel Cludde and his Shropshire Yeomanry, open fire on the crowd, killing two miners and arresting nine ‘ringleaders’. One of which was Tom Palin, who was subsequently hung. ‘the executioner lifts the cap he’s put over Tom’s face/ so Tom looks up & sees.  He nods./ They put the cap back on./ And then he swings.’

Jean’s poem ‘Tom Palin at Cinderloo’ is part of ‘Understories’, her collaboration with Shropshire-based band Whalebone www.whalebone-music.com ‘Understories’ is a brush with the new folklore of Shropshire, tales just out of living memory, and both urban and rural myths.  Performances start later this year.  Jean and Whalebone are also working with the Cinderloo 1821 Remembered group on Facebook @cinderlooriot.

You can listen to Jean reading the poem to music of Whalebone, here

Jean Atkin has published ‘Not Lost Since Last Time’ (Oversteps Books), five poetry pamphlets and a children’s novel.   Her poetry has been commissioned for Radio 4, and featured on ‘Best Scottish Poets’ by the Scottish Poetry Library.  Her recent work appears in The Interpreter’s House, Magma, Lighthouse, Agenda, Ambit, and Poetry Salzburg. www.jeanatkin.com

the rain blowing in as we gather
sixpence a day lopped off a weekly wage
of fifteen bob, a sixpence out the mouths
of our kids & pray for help on Sundays.
So we grip our sticks & walk to Donnington Wood
& strip the furnace plugs at Old Park Ironworks
& on to Lightmoor, Dawley, Horsehay
when down come the Yeomanry & Constables
& hem us in on the cinder hills & back us up
so up we goes slipping & cramming our boots into slag
& the shouting starts We’ll have our wages
If we’re to fight for it, we’re all together

below us the Peace Officers arrest & thrash our boys
so we throw down the slag & stone from off the cinder hills
we rain a rain of iron & rage
a rain of sixpences & hunger
& Tom runs down with some mates & looses our prisoners
& then the Yeomen open fire –
a rain of iron & power
a rain of wealth
their bullets hunt us off the cinder hills
the women tumbled on the trampled children
& William Bird is dead at eighteen
& Thomas Gittins gone
& our Tom will face the rope.

the rain blowing into the crowd by the gibbet
& our lad stands to his end
& someone sings out
Farewell Tom
& the executioner lifts the cap he’s put over Tom’s face
so Tom looks up & sees.  He nods.
They put the cap back on.
And then he swings.

**********************
The Battle of Cinderloo took place in 1821, two years after the more famous Peterloo. The iron industry was in stagnation and faced with harsh pay cuts, the Dawley ironworkers went on strike. The site of Cinderloo is now Forge Retail Park in Telford.