Culture Matters is publishing a series of important anthologies of working class poetry. ‘Witches, Warriors, Workers‘ edited by Fran Lock and Jane Burn. ‘The Children of the Nation‘ of contemporary Irish poetry. Most recently, ‘Almarks‘ radical poetry of Shetland. And the subject of today’s guest post ‘Onward/Ymlaen‘ anthology of radical poetry from contemporary Wales, edited by Mike Jenkins. Here’s Mike talking about the anthology (and lots of other fascinating insights) with a poem ‘No Memorial F Lisa ‘from upcoming collection ‘Anonymous Bosch’ which will be published by Culture Matters early next year. You can buy the anthology here:

“The anthology ‘Onward/ Ymlaen!’ published by Culture Matters comprises left-wing poems from Cymru rather than ‘Wales’. Why do I stress this? As the Welsh language poet Menna Elfyn rightly points out in notes to her poem ‘Neb-ach’, the very words ‘Wales’ and ‘Welsh’ are both associated with being ‘foreign’ : we call ourselves what others have chosen to call us, namely the English.

I choose Cymru because it means ‘fellow-countrymen’ and is intrinsically about belonging and co-operation.

Poetry has always been fundamental and not peripheral to our society. Every year at the National Eisteddfod we crown a bard for his/her free verse and chair another for their work in cynghanedd ( an ancient verse-form).

During the ceremony the Archdruid (who is, at present, Myrddin ap Dafydd: represented in this anthology) calls for ‘Heddwch!’ and the entire audience responds by calling out that Welsh word for peace.

Bards have traditionally come from many different backgrounds and one of the most renowned was ‘Hedd Wyn’ (bardic name of Ellis Humphrey Evans) who was a shepherd who fought and died in the 1st World War. An avowed pacifist, he was chaired posthumously at the Eisteddfod in 1917 , when they draped a black cloak over the Chair in his absence.

In Cymru, poets have also invariably had close associations with their ‘milltir sgwâr’, areas of belonging and identity, and you see this in the work of many  here, such as Ness Owen from Ynys Môn (Anglesey) and Gemma June Howell with her Caerffili dialect poems.

Ness writes in both Welsh and English, with the language and her feminism at the fore in her work –

While Gemma hails originally from a working-class estate in Caerffili called Graig yr Rhacca, writing in the voices of its inhabitants, for all their faults so full of humour and energy –

‘A’rite? Nairmz Rhiannon
an I leve on thuh Rock.
I luv drinken ciduh
and I luv sucken cock.’

As co-editor of ‘Red Poets’ magazine for 26 years (we annually publish left-wing poetry from Cymru and beyond) I am acutely aware of the importance of socialist and republican politics to our poets.

The majority in this collection will have appeared in that magazine over the years and, in particular, I think of Herbert Williams, Alun Rees, Tim Richards and Jazz who were there, at the very beginning.

The power of satire is vital to most of these, and Rees’s ‘Taffy is a Welshman’ deservedly won the Harri Webb Prize. It takes a well-known nursery rhyme and develops it into a scathing look at the history of the Welsh working-class, fighting imperialist wars –

‘He’s fought the wide world over,
he’s given blood and bone.
He’s fought for every bloody cause
except his bloody own.’

For many, their poetic heroes have been the likes of Idris Davies and Harri Webb, uncompromising poets never afraid to take on the burning issues of their times : Davies dealing with strikes and the Depression and Webb with the rise of Welsh nationalism and sense of Cymru as an oppressed colony.

In the 60s when Alun Rees, Herbert Williams and Sally Roberts Jones came to the fore, the worlds of Welsh and English language poetry were largely separate. Nowadays, poets like Siôn Tomos Owen and Rufus Mufasa move between both their languages, often within individual poems.

Rufus is also a quite amazing performer, somewhat like Kate Tempest but with more singing and an emphasis on dub rather than rap. Her work on the page is quite distinct from her performance poetry, though both move easily from Welsh to English –

‘ Y bwrdd cadarn, caer / our fortress made of blankets’

From the multi-cultural society of Cardiff to former industrial heartlands of slate, iron and coal, there are a strong feelings of injustice and anger shared by many working-class communities throughout the British Isles.

One younger poet, Hanan Issa (who I met and read alongside at the Homeless World Cup in Cardiff) draws on her Muslim background, here reflecting on an incident in Marrakech –

‘ Immersed in the maelstrom
of a Marrakech market.’

Yet, it has to be said that the emerging and enthusiastic independence movement,  which many of these poets are part of and which is led by non-partisan groups like Yes Cymru, has created a sense of hope more akin to Scotland in recent years and I wanted to reflect this in the title ‘Onward/ Ymlaen!’ I took it from Patrick Jones’s poem ‘The Guerilla Tapestry’ to encapsulate this spirit .

Jones’s own journey from Labour supporter to embracing the emerging Indy movement is one which truly reflects our politically fluid times.

And the same word is echoed in Phil Howells’s poem about the Merthyr Rising which took place in my home town in 1831 when the ironworkers rose up against their masters to take over the whole town and, it’s claimed, raise the red flag for the first time. 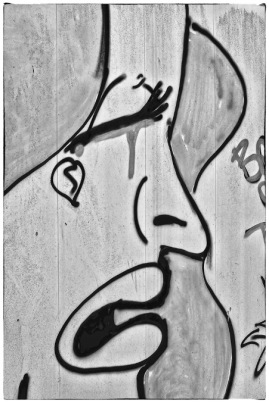 In Welsh the slogan we’ve used for decades has been ‘Fe godwn ni eto!’ (we will rise again). Despite the Tory victory in the Westminster election, there is still plenty of room for optimism and these poems are sure indicators that the spirit of 1831 and the Chartists lives on.

Mike Jenkins is an award-winning Welsh poet and author. He is widely published and is much in demand for his lively performances and writing workshops. He has performed at the Hay Festival and the Aldeburgh Poetry Festival and has read and tutored at Ty Newydd, the National Writers’ Centre for Wales. Mike frequently appears on radio and television and is known among Cardiff City football fans as the club’s ‘unofficial poet’. (http://www.facebook.com/mjenkins1927; http://twitter.com/mjenkins1927)

She ewsed t live above me
I could yer the comins an goins,
theyer larfter an  screamin.

Never knew she wern copin,
though she did joke once –
‘I’m even in debt to-a fuckin Food Bank!’

Er sister found er.
I know oo is t blame.
This town’s seen too many martyrs.

As we remember Tydfil
an, o course, Dic Penderyn ,
there’ll be no memorial f Lisa.

(Poem from ‘Anonymous Bosch’ which will be published by Culture Matters early next year, with photos by Dave Lewis of Pontypridd).