In the last year of my degree in the late 1980s, I took a course on African Politics that was a gateway to doing a Masters at the School of Oriental and African Studies (SOAS) in London. One option for an essay was to write about an African coup from the past few years. We had a quite a few to choose from: Although 1988 had been a fallow year, with only one unsuccessful coup in Uganda (the last of many during their troubled post-independence era), in the following three years there had been ten (three, three and four respectively). It was a sad fact that one aspect of the course was its reliance on the continued instability in Africa caused by military coups.

One of the most iconic of these takeovers, was that by Idi Amin of Uganda in 1971. As well as many atrocities during his eight-year rule, he expelled around 60,000 Asian Ugandans, calling them “bloodsuckers, who milked the country of its wealth”. Amin’s predecessor, Milton Obote had though lay the ground for such inhumane action, with a number of laws limiting their rights. Half of the refugees were reluctantly accepted by the Ted Heath government (he had initially tried to find a remote island to house them). I remember a number settling in the Foleshill area of Coventry, becoming an integral part of the city’s diverse heritage. 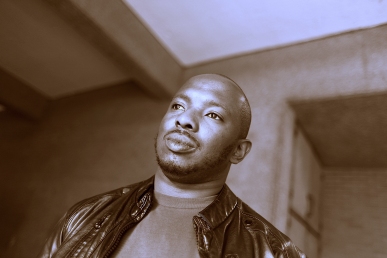 Although not an Asian, the poet Nick Makoha and his mother also left the country due to the coup, becoming part of the Ugandan diaspora. In his haunting poem ‘At Gunpoint’ (and throughout his brilliant collection ‘Kingdom of Gravity’), he describes the terror of a country under military rule. “The Times will report of people/ being forced to volunteer to avoid/ being a body hiding in the toilet/ or a corpse folded on a table.” Beyond the terror of trying to survive, questions of what you should do in such a situation arise, that challenge your own identity. “A man can’t but look into his own imagination/ to solve the conflict of himself. Should I have been/ the doctor, or the poacher in the clearing, a mad man,/ or shepherd boys minding their business?” Like many of the diaspora, Nick tried to find a way to express who he was, or had become: “There were many rivers running through me. I was a Ugandan in the diaspora who had already lived in four different countries thrice over. I felt fractured and fragile but often lacked the courage to confess or express this in my work.” Luckily for us he became a writer because of his experience.

My body is the protagonist watched by soldiers
in patrol cars. Roof down, the front windscreen
frames them. Amin’s voice bleeds
from a radio wafting up into a window of sky.

The Times will report of people
being forced to volunteer to avoid
being a body hiding in the toilet
or a corpse folded on a table.

I have heard men say We will serve you.
Others will say he saved them,
and yet others will flee, by passage
out to a border that no longer exists.

I have only made it as far as the long grass,
virgin territories whose mountain plains
and tribal inhabitants are a garnish,
part of a failed colonial experiment.

Holding my breath, words are now shadows
walking me down a corridor of all the wrong things
that brought me here. In this cracked republic
I have made a film of my life and played myself.

A man can’t but look into his own imagination
to solve the conflict of himself. Should I have been
the doctor, or the poacher in the clearing, a mad man,
or shepherd boys minding their business?

All soldiers must die – some by bullet, some by knife;
the sharpest cut is betrayal. Lips are their usual servants.
I do not want to know the whistle of a bullet in the air
or how it seeks blood to release the weight of the soul.