In 1381 Wat Tyler led the peasant revolt against Richard II’s poll tax (Richard was a uppity fifteen year old at the time). The Black Death of thirty-five years prior had wiped out more than a third of the population, leading to a shortage of labour, thus increasing the power of the peasantry. The lords and landowners wanted to raise more money, in particular as the war with France was proving very costly. The peasants wanted a wage rise, the aristocracy wanted a poll tax. Things got a bit out of hand when Tyler’s lot marched on London from Kent, riots ensued, the King gave in, but was weak to implement promises, and Tyler had his neck slashed.

Thatcher tried to do a Richard II in the late days of her reign. The Community Charge, aka the Poll Tax, was the introduction of a per head tax, which negatively affected those on low incomes, but was popular with blue blood Tories. But like Tyler and his acolytes, the working class were having none of it. There were riots across the country, with a major disturbance in London where police cars had wooden poles put through the windows. As I’m sure most readers know, this is what brought the end of Thatcher; not by a general election but by her own party, who finally swallowed their fear allowing the charismatic, alpha male orator John Major to win an election nobody at the time predicted. 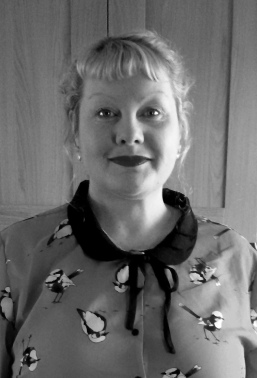 Jane Burn’s poem ‘THE COMMUNITY CHARGE, HOW WILL IT WORK FOR YOU?’ takes us back to the detail of this regressive tax, the anger and protests it caused. ‘How will it affect six heads in a poor house?/ Don’t register, Don’t Pay, Don’t Collect./ It does not matter what you earn or own – / a duke would pay the same as a dustman.’ I remember a lot us were up in court for non-payment; I left for London at the time, leaving my unpaid bill behind. And although we were to suffer another seven years of Tory rule, Thatcher was thrown out on her arse. ‘It was like every Christmas come at once/ when we knew that we’d won, then she said/ We’re leaving Downing Street/ and we knew ding dong, that the witch was dead.’ Such levels of protest seem to have been beaten out of the working classes. But more than ever, I feel we are in a time similar to, if not worse than the days of Thatcher. The Tories have squeezed/sliced/butchered local tax revenues, so the Council Tax is on the rise; and the state is swiftly shriveling, offloading services to private enterprise. We surely need a modern day Wat Tyler, doesn’t matter if he or she lives in Kent (although that is quite a handy launch point), any place will do; and make sure you bring all your mates.

Jane Burn is a writer originally from South Yorkshire, who now lives and works in the North East, UK. Her poems have been featured in magazines such as The Rialto, Under The Radar, Butcher’s Dog, Iota Poetry, And Other Poems, The Black Light Engine Room and many more, as well as anthologies from the Emma Press, Beautiful Dragons, Seren, and The Emergency Poet. Her pamphlets include Fat Around the Middle, published by Talking Pen and Tongues of Fire published by the BLER Press. Her first full collection, nothing more to it than bubbles has been published by Indigo Dreams. She has had four poems longlisted in the National Poetry Competition between 2014 – 2017, was commended and highly commended in the Yorkmix 2014 & 2015, won the inaugural Northern Writes Poetry Competition in 2017 and came second in the Welsh International Poetry Competition 2017.

THE COMMUNITY CHARGE
HOW WILL IT WORK FOR YOU?

How will it affect six heads in a poor house?
Don’t register, Don’t Pay, Don’t Collect.
It does not matter what you earn or own –
a duke would pay the same as a dustman.
Buckingham Palace as much as your nan.
Our mum, taking us four kids to Barnsely,
shouting at them at the Town Hall, how
am I meant to pay for all of these?
Fuck the working classes, Thatcher thought.
To those that stood and marched and fought,
raised placards, BREAK THE TORY POLL TAX –
thank you.
To those, battered to the ground by Thatcher’s thugs –
thank you.
To the APTUs, speaking for those who had no voice –
to the ones who helped us see that we had a choice,
thank you.
It was like every Christmas come at once
when we knew that we’d won, then she said
We’re leaving Downing Street
and we knew ding dong, that the witch was dead.
Thatcher, you wore
a tyrant’s crown.
Thatcher, you’re going
to hell.
Thatcher, you failed
to learn our strength.
Thatcher, you’re going
down.

THE COMMUNITY CHARGE…HOW WILL IT WORK FOR YOU? –
taken from a government leaflet explaining the new charge.

In 1984 I was twenty-two and having a nervous breakdown. I had taken an English A Level (which I failed) and I remember the question of whether Hamlet was mad or not really fucking me up. Turns out the madness rubbed off

on me for a time. Hospitalised with short-term psychosis (thankfully) the faces in newspapers would be staring at me; there were men in the corner watching me; the doctors seemed extra-terrestrial. One day, when supposedly in recovery, I sat in the TV room trying to catch some kind of normality but happened upon the news and the heightened social realism of men standing in a dusty field being charged at by the riot police. I started hyper-ventilating, feeling like I was going to pass out, then the belief that something worse was about to happen. The fighting continued but no-one would turn the TV off. Finally, a nurse entered the room (which was in fact empty), made the fighting go away and helped me back to bed. The miners’ strike, in this instance the Battle of Orgreave, had induced a panic attack.

Such battles are what remain of the history of the miners’ strike, and in the case of Orgreave, justice has still not been done. However, the lives of people affected by the strike, not just the miners, has taken some time to be told.

Jane Burn’s beautifully detailed poem, Gala Day, Durham Miners, depicts a day in the near past. “At eight-fifteen, the band stands up in regimented lines. /July, before the schools break – the morning lull broken /by the stray parp of tuning notes, loud and sudden /through nets ghosting open windows.” This is a day of excitement, of defiance; a day of celebration even for the community, to let bygones be bygones. “Dorothy – bitched about me once, with them at thirty-one,/but if I cannot forgive her that, what use as a person am I?/Her Arthur, taken by cancer in less than a year.” END_OF_DOCUMENT_TOKEN_TO_BE_REPLACED