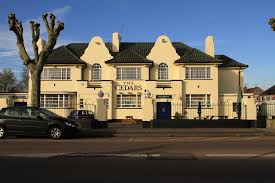 The pub I spent much of my twenties in during the 1980s, is no longer. Turned into an Indian bar and restaurant. I’m not too down about it. After all that’s where people tend to end up after the pub anyway, so why not make it the pub. Better than some overpriced hipster bar where you can drink five pound craft ales that taste like toffee or coffee, and eat food called burnt ends. It is life’s transitions which challenge us – the old with the new. Our pub was separated into three age-based parts; ‘the bar’, where the family men went after work, then the ‘smoke bar’, where us teen/twenty something dole heads, sat at one end (with a pool table), and the ‘death end’, where the coffin dodgers sat and smoked their roll ups. END_OF_DOCUMENT_TOKEN_TO_BE_REPLACED

There is some doubt as to whether Zhou Enlai (it was not Mao) ever said, “Too early to say,” when responding to the question, “What significance did the French Revolution have on the world?” True or not, I think it is not too early to say now. The year 1789 was seen as the end of the divine rule by monarchy and hardcore nepotism. However, countries began to develop in a more paradoxical way through incremental freedom of the individual, innovation and trade coupled with exploitation and war. Today is no different. Western democracies develop through free market neo-liberal economics based on a democratic model that exports both goods and services backed up by war and centralised control.

But the reason I think we are in ‘interesting times’ is that in the past twenty years, the model of communist development has also embraced free market economics; but instead of a social democrat capitalist end game, the benefits of capitalism are being used to achieve a socialist utopia. We may not be at the end of history but you have a situation in China (and Russia too), of a ‘by whatever means necessary’ model of development; yes, let’s use the market model to create wealth, but be clear this is only to finance a socialist revolution. 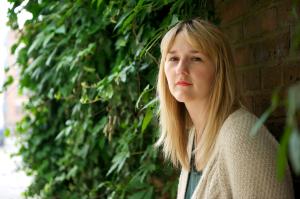 This creates all kinds of contradictions in the country, which are perfectly summed up in Clare Pollard’s eponymous poem, China;
you have some of the most polluted cities in the world, “I saw skies so full of filth the stars were all put out,/and bags dip and fly across the flat, farmed fields/in their thousands – a plague of doves.” Whilst at the same time huge investment in green technology and growth. People now own their own businesses for private wealth and ownership at hugely different ends of the scale: “Dumplings were sold on every cluttered corner -/their dour, pinched faces sweating in bamboo stacks -/that cost 10Y or so, nothing to us.” Whilst at the same time controlling their freedom of expression and wider human rights: “We bought a watch where Mao’s arm moves when it ticks:/complicit in how time runs evil into kitsch.” Present day China is incomparable to the evils carried out to get the country to where it is today, but as Clare says in the final line: “with all this harm done/can it really come all right in the end?” END_OF_DOCUMENT_TOKEN_TO_BE_REPLACED