Hope everyone is doing okay as we head into another week of lockdown. Unfortunately it looks like the weather is finally going to break; maybe it’ll be a good thing to have a bit of rain, if only as a change scenery. Today we have Des Mannay. Des has a fascinating history, which he encapsulates beautifully in the following feature. His debut collection, ‘Sod ‘em and tomorrow’ is published by Waterloo Press, and you can buy a copy here: 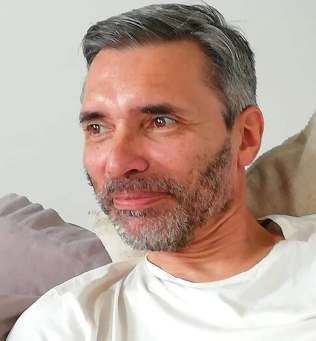 “Cardiff has one of the oldest BAME populations in the UK. However, it wasn’t a slave town like Bristol. The majority of the Black population were merchant seamen – who settled in Cardiff’s docks area, or Tiger Bay as it was known back then. My grandfather came to Cardiff via a familiar route in the 1890’s. Cru men from Liberia would head to Freetown in Sierra Leone, (then known as British West Africa), get work on ships, while claiming to be born in Freetown, dock in Liverpool and then walk to South Wales. Then settle and work out of docks in Cardiff, Barry and Newport. Many owned their own boarding houses, renting rooms to other sailors. Many had white wives, even back then; some of whom were Welsh speaking. My grandfather and his wife survived the 1919 race riots.

The Tiger Bay area is cut off – you would have to cross a bridge to enter. Once the rioting started it was possible to defend from racist mobs. There are accounts of mobs trying to burn down boarding houses but being dispersed by a volley of gunfire from demobbed black soldiers. Both rioters and police were driven out, and the Chinese population moved in for their own safety; having been victims of race riots 8 years earlier. 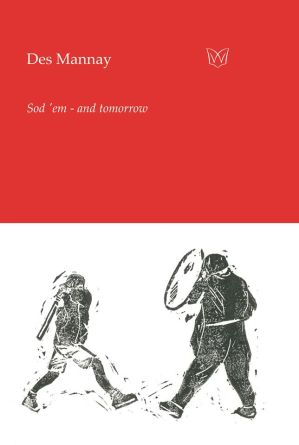 Gradually people migrated to other parts of Cardiff, My grandparents moved out in the 1940’s. Unfortunately my grandfather was on a ship which was torpedoed during World War 2 – so we never met. I grew up in what I jokingly referred to later as a Black & White family with a ‘coloured’ telly…. It’s funny when you’re a child, you don’t think of yourself as a colour…. I discovered I was black accidentally. We would always watch the news at teatime. It was sometime around 1972, and the newsreader barked “and the Blacks are rioting in…”. It was somewhere in London. I said, ‘Dad – who are the blacks?’. My dad looked at me quizzically and said ‘We are son…’. It was a light-bulb moment. “Aaaah – that’s why people call me funny names at school”, I thought. They were strange times – ‘Love Thy Neighbour‘, ‘Till Death Us Do Part‘ and the ‘Black and White Minstrel Show‘ were on TV. My hero was Muhammad Ali. Bob and Marcia’s ‘Young Gifted and Black‘ probably sums up that period in time succinctly. There are a few poems which are in my first collection, which touch on some of these issues: ‘They Call Me’, ‘On the death of Muhammad Ali’, ‘outgrowth’ and ‘That’s Life’ spring to mind 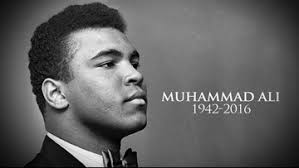 The poem I have chosen from my collection, has to be ‘On the death of Muhammad Ali’. A) Originally, it was one of my poems that Eric Ngalle Charles chose for his ‘Hiraeth Erzolirzoli: A Wales – Cameroon Anthology‘. so I got to reconnect by proxy with my African roots. B) It’s pretty autobiographical. When you come from a background like mine, you find your heroes where you can. Ali was one of mine. Writing it helped me process everything – from childhood almost up to the jingoistic uncertainty of our post-Brexit Covid-centric times. It’s also a reminder of what writer and activist Ambalavaner Sivanandan has taught us – there is no automatic unity of the oppressed. It is something that has to be fought for and reforged. In the context of a disbelieving/discounting/disengaging world, (which is the dark side of ‘social distancing’), I’m an outsider’s outsider. I guess that’s why I write…”

Praise for the collection has come from both page and stage wings of the poetry fraternity. Attila the Stockbroker has said, “Des pulls no punches. It’s a real read, a hard read… A different Cardiff, a different Wales… where the earliest Black immigrants found work, love and a future. Des’s heritage. ‘On the death of Muhammad Ali’ is heartbreakingly brilliant: past, present and future combine, as they do in so many here”. Costa Book Award for Poetry winner and Editor of Poetry Wales, Jonathan Edwards, has added, “Performative, funny, passionate… an important voice – from police racism to the death of Muhammad Ali. In this thrilling collection, Mannay speaks eloquently of experiences that need to be shared, need to be yelled about.”

On the death of Muhammad Ali

Goodbye butterfly
you stung like a bee.
You stung me!
From you I learnt
resistance!
To all the
‘nigger, nigger – pull the trigger’
playground taunts
I could reply –
“C’mon Bugner!”

The kids at school
never listened
to ‘Blue Mink’.
They didn’t know
that what we
needed was
a great big melting pot.
My parents did –
they had me

The ‘Ugandan Asian’ crisis hit
and I became
a ‘Paki’ overnight
because Enoch was right
and I should go back
to where I came from –
even though
I was ‘there’ already.
And to some Asian kids
I was a ‘gori’

And the white girls
didn’t stay too long
because they
didn’t want to be
called “dogmeat!”
by their peers.
Shove thy neighbour
So tell me –
what the hell
is the colour of love?

And the ‘Rastas’
wore Wales football tops-
they were red
gold and green.
To them I was
a threat also –
‘Babylon!’
I could not
go back to Africa;
a place I’d
never been.
And my heroes
all spoke perfect English –
Sidney Poitier, CLR James

The old-old ladies
in Cardiff’s docks
told me about
Africans –
when they came,
how tall they were,
how smart they were
in top hats, spats and canes…

And my grandad
was a ‘Cru’ man
and then he
joined a crew.
He sailed
and settled in
the bay of Tigers –
raised a family.
And my father was a ‘half caste’ –
that’s what they
said back then.

And he would
sing Calypso
as he did
the washing up –
but said
Jamaicans were
johnny-come-lately’s.

As I got older
boundaries blurred.
Bigotry,
rescinded
like the tide.
I became
‘exotic’ –
Amerindian?
Latin-American?
Because of long
straight black hair
and Melanin
darkened skin –
myth-maken identity
yet again.

I don’t know
where I come from –
but you don’t know
where I’m going.
I worry the tide is
coming in again,
and sometimes I
(really do) “feel like
throwing my hands
up in the air”.
So – goodbye butterfly,
you have spread
your wings. And I
have been stung
by the world…

The two sides of the same football coin can sometimes be summed up as being humour and violence; and what they both have in common is camaraderie, whether for good or ill. The depths of a football fan’s self-deprecating humour can be many leagues under the sea. At one of the rare Coventry versus a Premier League side games I went to, Arsenal beat us 6-1 in the League Cup at the Emirates. A night game in London, everyone had a blast, pissed up, singing the old songs that harked back to our own Premier League days. A few months later, we played Tottenham in the FA Cup 3rd round at White Hart Lane, and were duly beaten 3-0. So, what did the Cov fans sing to the jubilant Spurs fans? ‘You’re not as good as Arsenal’, because they put six past us and their North London rivals could only manage three.

Next Summer the English fans, for it is only they after the near misses of Scotland, Wales, and both Irish teams, will be heading to Russia for the World Cup. The media are already licking their lips at the prospect of trouble. A BBC documentary on Russian football ‘hooligans’ interviewed a number of organised gangs; those who caused the violence in Marseille in 2016, and were more than looking forward to the arrival of their English counterparts on home soil. There was no hint of irony in explaining how they were merely copying what English fans had been doing domestically for decades; but their perspective felt very dated, as though the UK terraces were still all-standing, and lads with mullets wearing bomber jackets, were going at each other. They are already planning pre-tournament jollies of violence, with the upcoming game between Manchester United and CSKA Moscow, where they plan to team up with their domestic rival like Zenit St Petersburg to cause havoc. No doubt Putin has a hand in it, even if it is only by riding a horse with his top off, and doing judo with giant fish in the Baltic Sea.

It is therefore nice to have a poem such as Mike Jenkins’ humorous “Alternative CCFC CV”, (his CCFC is Cardiff, not Cov) that marries the comedy of football fans with their penchant for a little bit of aggro. “I’ve stood on the North Bank, Vetch Field,/ supporting the wrong team/ (lucky we never scored!).// I’ve carried on striding/ straight into a marauding Chelsea firm/ saying ‘I’ve lived in Belfast’ to a fleeing friend.” It reminds me a little of the loveable rogue Robbo in Patience Agbabi’s poem, “A Devil in Cardiff”, ‘who would sell his nan for a pint’. But for all their love of the game and roguish ways, would you really want those types of activities on your CV? Maybe.

I’ve carried on striding
straight into a marauding Chelsea firm
saying ‘I’ve lived in Belfast‘ to a fleeing friend.

I’ve had a whole pint
poured down the drain
by Devon cops, just because City.

I’ve met the leader of the Soul Crew
running away from trouble,
but urging us to join in.

I’ve reached the depths of despondency
after the play-off loss to Blackpool
and vowed not to eat oranges again.

I’ve been to games in the Dungeon
on wet, freezing Tuesdays
when the police outnumbered fans.

I’ve seen droogies in bowlers
carrying umbrellas on the Bob Bank;
had an umbrella confiscated as a weapon.

I’ve witnessed Boro fans doing the Ayatollah
after we beat them in the FA Cup,
when Whitts scored with a rare right-footer.

I was there when Pompey took the Grange End
and our fans climbed the floodlights
as Man U threatened to invade.

I’ve broken my mobile and glasses
in goal celebration ecstasy.
Can I have that job in Security?